Kaw Thaung ist the southernmost settlement on Myanmars mainland. Here the Kyan river (Thai: Mae-Nam Kra Buri) divides the mainland into Myanmar to the north and Thailand to the south.

It is a small free-trade zone which is economically mainly driven by trade with Thailand. Between the middle of the 19th and the middle of the 20th century it was controlled by the British and known as Victoria Point. It is the main entry and exit point to most expeditions and cruises into the Mergui Archipelago. The offices of immigration, tourism ministry and harbour authorities are located right next to each other directly at the jetty. So formalities for incoming tourists, who want to venture out to the islands can be completed within a couple of footsteps. 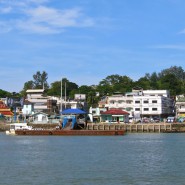 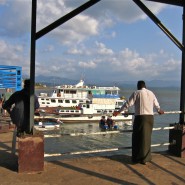 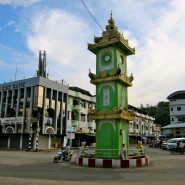 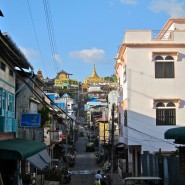 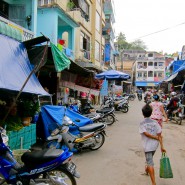 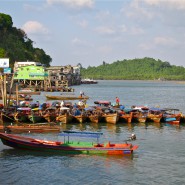 The main sights are the central Shwepyi Thar Pagoda and the King Bayint Naung Memorial on the southern hill, both with a spectacular view over Kaw Thaung, some nearby islands and the coast of Thailand on the other side of the river Kyan. 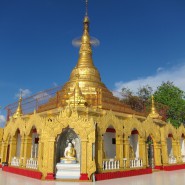 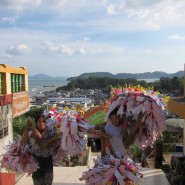 View of Kaw Thaung from Pragoda 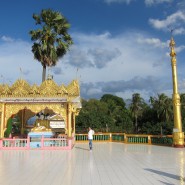 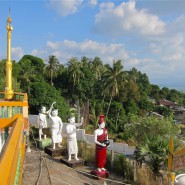 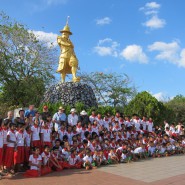 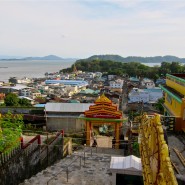 As a free-trade zone Kaw Thaung doesn’t have the most diversified offerings for shoppers, but liquor of original brands are surprisingly cheap. As Burma is very rich of mineral sources, Kaw Thaung is a paradise for friends of gems – the abundance of gemstones in Myanmar is legendary – prices are pretty cheap, but the interested buyer should bring a little bit of knowledge about the matter because there are some differences in quality. 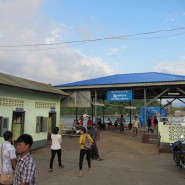 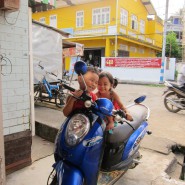 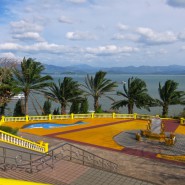